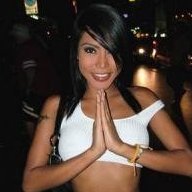 Where do you bring your dates?

By Privateluca, September 8, 2018 in Restaurants, Places to Eat and nightlife